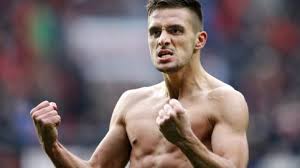 The Serbian sorcerer had an impressive first season in England, but I’m backing him to pull up some serious tree’s this time around. 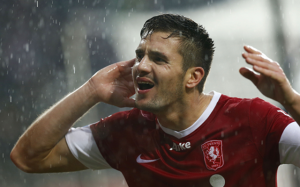 The blend of Tadic’s visibly laid back persona combined with his creative genius and unmissable flair create almost the perfect cocktail for Saints fans, the only problem with Tadic however is that this cocktail is and only delivers when the scenario is absolutely perfect.

There is no doubt that Dusan Tadic has talent, but his main issue is dishing it out on a regular basis rather than flirtatiously sharing it with you before cloaking it from you like a badly kept secret which you splurge out elements of over an extended a region of time.

A far simpler way of explaining the above would be to describe Tadic as inconsistent, but this he is not. Inconsistent would mean he performed equal good performances to bad, yet with Tadic bad performances are out of the question, a better comparison would be between good and supreme, as when he is on his day he can perform moments of true illusion.

The fact that he moulds his game around Thierry Henry is more comprehendible than obvious, as the pair have many hidden similarities. Although they may not share a position, the two players both had an impeccable eye for a pass and in particular that illusive ‘killer ball’. The two regularly would regularly cut inside to look in Henry’s case for the shot, however Tadic would be more likely to lay-off the ball. They both could deliver a impressive set piece and the list goes on, yet all those familiar with both players would admit that while Henry will go down in the history of the Premier League, Tadic is more likely to be forgotten.

But this campaign may be the one where Tadic goes from a badly kept secret to the kind of player who can’t get a pint of milk from the shops without sharing a ‘selfie’. You better believe it people, Dusan Tadic is about to go mainstream.

What Do You Have To Say?